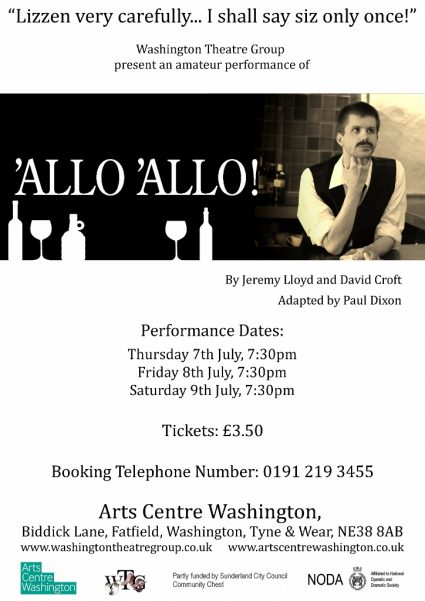 Thank you to everyone who came along to see the show. We hope you enjoyed watching it as much as we enjoyed performing it. In war time France, cafe owner René Artois is having a troubled life, what with keeping his affairs with his two waitresses secret from his wife Edith, hiding two British airmen from the Germans, something about a priceless painting and a Knockwurst sausage ... and if that isn't complicated enough, HITLER'S coming to town.