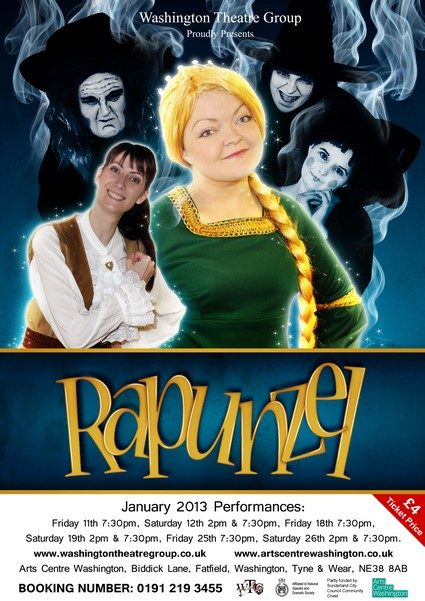 All is not well in the kingdom of Washingtonia. All the beautiful Princess Rapunzel wants to do is go off and have adventures, but her stuffy parents, the King and Queen, are determined that instead she should get married to one of those awful Princes from Shiney Row.   But this soon proves to be the least of Rapunzel’s worries... Because three evil witches need her magical golden hair for their anti-ageing potion – and they’ll stop at nothing to get it…   Who can protect Rapunzel from the witches? Her parents? Those awful Princes? Or what about that nice young fellow Prince Valiant? Come along to the Arts Centre Washington to find out, as Washington Theatre Group presents its popular annual pantomime.