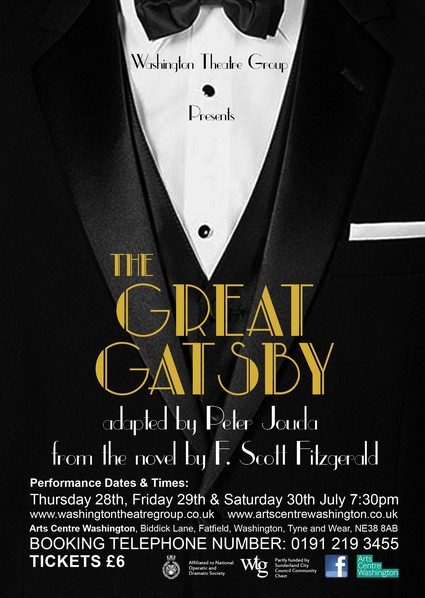 Gatsby? What Gatsby? Who is he? Where is he from? What are his intentions? Come along to find out more in our production of this riveting story set in the Jazz age of 1920s high society New York City. The Great Gatsby tells the story of an attractive young man named Jay Gatsby whose parties are legendary. Night and day the rich and beautiful descend upon his mansion to drink and dance. For Nick Carraway, newly arrived on Long Island, the handsome wealthy Gatsby appears to lead the perfect life. But having worked so hard to make something of himself, beneath that shimmering facade Gatsby harbours an obsessive desire for the only thing he truly wants, but finds himself in a world where money has replaced human values. The story is filled with love and betrayal with tragic consequences that leads to a truly shocking climax.