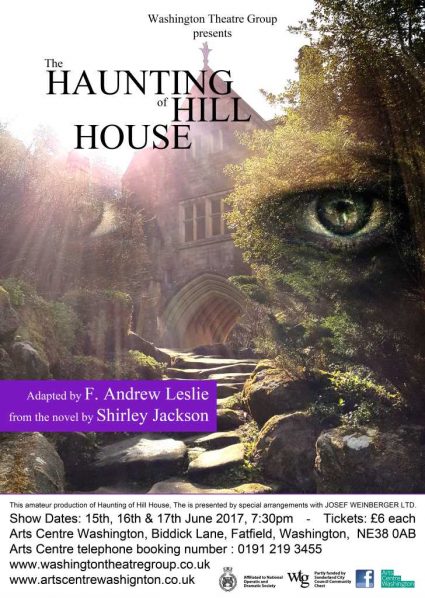 An amateur production presented by Washington Theatre Group. Adapted by F. Andrew Leslie Based on the novel by Shirley Jackson Have you ever visited Hill House? No one has. Not in the night... in the dark! Join Washington Theatre Group this summer as we are led by Dr. Montague, who is conducting research into supernatural phenomena, and invites three unacquainted guests, who delve into the morbid history of the house and come to grips with the chilling forces that have made it uninhabitable for many years. In 1963, The Haunting of Hill House was adapted into a film titled The Haunting, directed by Robert Wise (The Sound of Music and West Side Story), and starring Julie Harris and Russ Tamblyn. The 1999 remake was directed by Jan de Bont (Speed and Twister), starring Liam Neeson and Catherine Zeta-Jones.